Trouble Brewing was founded when three friends, Thomas Prior, Stephen Clinch and Paul O Connor had visited one too many pubs that had no variety in the beers available, and decided that something needed to be done about it. So over a few of Thomas’s home-brewed bottles they set about starting a brewery that would go some way to addressing the issue.

Figuring that beer should be presented in a humorous and fun way, they chose to name the brewery Trouble Brewing. The brewing equipment was procured from Sioux Falls in South Dakota, USA and set-up in Allenwood, Co. Kildare. 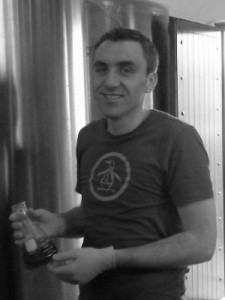 Stephen is a used-envelope enthusiast. He looks after sales and deliveries, amongst a range of other tasks.

If you are looking to stock Trouble Brewing beer, he’s always happy to help. 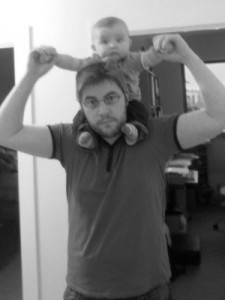 Paul used to look after brewing beer but “moved upstairs” to pursue his first love of tedious paperwork and putting documents in punched pockets.

The slightly darker tone of some of the brewery’s presentation is almost invariably down to him.

The brewery is located in Kill, Co. Kildare. Although the brewery’s original home was in Allenwood, also in Kildare.

March 2010 – The first batch of Trouble Brewing beer was brewed in Allenwood, Co. Kildare. We launched with a single beer, our Deception Golden Ale (though it was called Ór at the time).

November 2010 – Dark Arts Porter was originally brewed as a once off,  but was so well received that we immediately added it as our second regular beer.

April 2012 – Our beer was only available on draught, but this changed as we began bottling Trouble Brewing beer for the first time.

January 2013 – We had the opportunity to launch a third regular beer, when we brewed Sabotage India Pale Ale.

March 2013 – Having outgrown our original premises in Allenwood, we moved the brewery to a much larger building in Kill, Co. Kildare.

February 2014 – In order to keep up with continuing demand, we hired two new brewers, Mark Nixon and Eugene O’Brien.