We have some beers we brew as the seasons change, such as our dark and rich Dash Away Cherry Chocolate Stout in Winter, or our Pumpkin Brew that we brew in the run up to Hallowe’en. 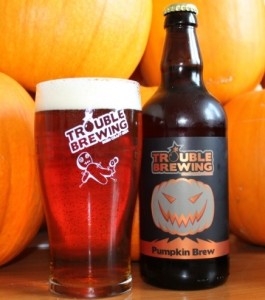 Tasting Notes: The original Irish Pumpkin Ale brewed with home grown pumpkins, which we roast before adding to the mash, and our own Trouble Brewing blended pumpkin spice. A rich orange and amber coloured beer, spicy sweetness with an underlying caramel and nutty malt profile. A big initial aroma of cinnamon and nutmeg from the pumpkin spice that also gives a satisfying finish of ginger and cinnamon that lingers on the pallet. A spiced pumpkin pie in a glass! 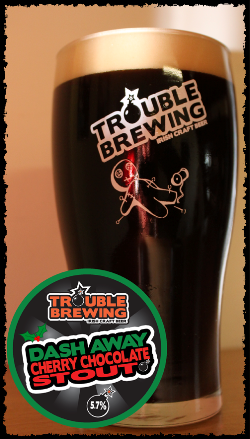